It's the battle royale show-down!

There’s never been a better time to be a gamer if you’re into team-based shooters, with some huge titles that have been competing for the spotlight, including Valorant, Fortnite, and Apex Legends, to name a few of the more popular titles.

In this article, we’re going to be putting them head-to-head to see which one is the best for you to play, based on your personal preferences. In all honesty, all of these titles are extremely well-polished games that are worthy of your time, so this isn’t going to be a review on if they’re good or bad, because they’re all really good.

But they all play extremely differently, and you might gravitate more to one style of game over another for various reasons. Yes, they’re all shooters, but within their main genre, they all have different subgenres, art styles, and other quirks that set them apart from each other.

And best of all, every game on this list is absolutely free to start out with, and none of them are “Pay to win”, meaning that a free player has just as much of a chance at winning as a paying one. So feel free to try out each of these for free on your own time!

Let’s start with the biggest name here, as of right now… 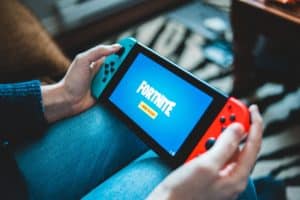 Fortnite is without a doubt the most notorious and well-known title of the bunch. The only other game that could possibly hold a candle to Fortnite in terms of world-wide popularity is probably Minecraft, but that’s a topic for another time. The point is, tons of people play Fortnite, and for good reason.

Fortnite is a Battle Royal game in which you’re dropped into a world and must compete with 99 other people in order to win over all of them. This will typically involve lots of tense battles between you and other players, and with some luck you might just be able to come out on top. There are various different ways to play Fortnite, for example you can play vs 97 other people in a team of 3, or just by yourself if you’d like.

The most gripping thing about Fortnite is without a doubt the way the gameplay is centered around its base-building mechanics. In Fortnite, your character is able to build walls, stairs, and other structures extremely quickly, and these newly formed buildings can be used as cover, to get to a new location, or for a variety of other strategic reasons.

Fortnite’s classic and most popular game mode is centered around this, and it wouldn’t be a stretch to say that being able to build bases well might be more important than being able to aim well.

Building bases is definitely the most polarizing part about Fortnite, either you love it or hate it, and honestly no other game really comes close to capturing Fortnite’s gameplay in this way. Fortnite also has a third-person camera perspective, unlike the other two games on this list.

There are a variety of other ways to play Fortnite if you’d like, including a newly-introduced mode with no building mechanics at all, as well as fun side-modes such as an “Among Us” style detective game where you try to locate the “imposter” along with your team. There are also huge events that take place within Fortnite which include virtual concerts, and many other things.

Fortnite is absolutely massive these days and it’s only getting bigger, so you really can’t go wrong if you decide to go with Fortnite.

Apex Legends is not as huge as Fortnite is, not by a long shot, but that is absolutely not a reflection of the pure quality of this game. Apex is a tremendously fun team-based battle royale, where cooperation is everything, and thinking quickly on your feet is critical.

The easiest way for me to quickly sum it up would be to say that it’s like Fortnite, except its got heavy emphasis on teamwork with teams of three, and it’s also class-based, meaning that your specific character is going to have certain abilities that will help you win over others.

For example, Octane is an extremely fast character who can get into fights fast, but in exchange he’s easier to kill if a player is able to get a bead on him. Gibraltar is a huge tank who has a larger hit-point pool than most, and he can create shields for his team, but he tends to be on the slower side of things.

There’s a lot of skill expression, and that’s something that can really be a lot of fun if you find a character that clicks with how you want to be playing the game.

Apex Legends was designed by the same team that made Titanfall 1 and 2, games which were extremely popular and fun, largely due to a fluid and dynamic movement system. The movement in Apex Legends is toned down a little from Titanfall, but it’s still very fast and intense, as you can wallrun, fly through the sky, vault over objects, use jetpacks and more. It also features a first-person camera perspective, like most modern shooters do.

Apex Legends has a slightly grittier style to it than Fortnite, but many players view this as a positive. Visually speaking, it shares similarities to a game from the Call of Duty: Modern Warfare series, with a little bit of attitude sprinkled on top, if that makes any sense.

Definitely check out Apex Legends if you want a battle royale with some oomph to it.

Last and definitely not least we have Valorant, Riot Games’ premiere flagship tactical shooter, which only released a few years ago. This has been Riot’s first attempt at producing a shooter, but it’s already taken the world by storm.

Valorant, unlike Apex and Fortnite, is not a battle royale. Valorant games are typically played in teams of five, with a heavy emphasis on teamwork. The most direct comparison to any game would definitely be to that of the Counterstrike series. Valorant and Counterstrike are both “tactical shooters”, meaning that the winners of gunfights are usually determined based on a combination of strategy and skill, not just raw skill. Gameplay here takes on a different feel than it does in other shooters.

Valorant’s combat is much more grounded in reality, but at the same time it’s class-based in the same way that Apex Legends is, so each character gets their own super powers to play around with.

It should also be said that Valorant is a very aesthetically pleasing game, with more minimalism-based design than either game. Not too cartoony, not too realistic, visually it’s almost like the half-way point between Fortnite and Apex Legends.

If you want a less overwhelming experience than a battle royale game where you have to fight 99 other people, you’ll feel right at home with Valorant.

But at the same time, the game can be incredibly intense, and gunfights feel extremely rewarding when you do well, so don’t assume that this game is going to be a walk in the park even if you aren’t fighting a bajillion other people. Valorant is a terrific game for people looking to hone their tactical-shooter skill.

That’s going to about do it for our summarizes of all these games. Like we mentioned earlier, these are all free to play, so if one catches your interest, definitely create an account and try it out. Heck, you could even play all of these games regularly if you’d like. All these games have extremely active and engaged communities, and you’ll feel right at home regardless of your final choice at the end of the day.